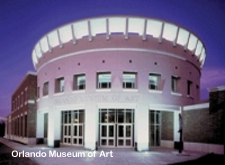 The Orlando Museum of Art (OMA) was established in the 1920s. The Museum grew exponentially during the later decades of the 20th century into Orlando’s premier cultural institution. The Museum’s long-time director, who in her 40-year tenure had orchestrated that growth, was now retiring. For the trustees this was a great loss, but also a singular opportunity to rethink the goals and mission of the Museum in the 21st century.

OMA wanted its next leader to develop a new strategic plan which would include reaching out to a growing community of educational institutions. In addition, the Museum was in position to have the new director begin the revival of its expansive exhibition schedule which had suffered cuts through the recession beginning in 2008. Their ideal candidate needed previous experience as a director with formidable fundraising and community relations skills and knowledge of contemporary art, which is where the Board saw future expansion in both exhibitions and acquisitions.

The Orlando Museum of Art and the work of the retiring director were well known in the museum world and word of the search spread through our advertising and word of mouth. Through very active recruiting and sourcing, several qualified candidates emerged. The successful candidate, Glenn Gentele, had served as Director at Laumiere Sculpture Park and Museum in St. Louis, an institution focused on cutting-edge contemporary art, where Glenn had led the transformation of the exhibition, education and public programs. As President and CEO at Oklahoma City Museum of Art, Glenn developed new funding sources and institutional collaborations to enhance the quality and depth of the Museum’s permanent collection and exhibition program. Glenn also had deep Florida roots, having been Head of Collections and Curator of Exhibitions at the John and Mable Ringling Museum of Art in Sarasota.

The Search Committee was pleased to find in Glenn the fundraising and leadership capabilities critical to OMA’s future direction. Glenn began at OMA in 2012.